Birmingham, Alabama, United States – October 18, 2021 – Bew White was interviewed by radio talk show host Kathryn Raaker about her book, A summer classic: the story of Bew White. Broadcaster for nearly 30 years, the Raaker show Let’s just talk presents topics for today’s audience. Whether it is a guest talking about the latest technology, politics, health or other topics, it is above all about informing his listeners.

Bew White’s experiences present the ups and downs of an interesting life and global cultural / economic developments over the past half century. Crucial lessons abound throughout A summer classic: from how to gauge people to relationships with employees, salespeople, bankers, plant managers, designers, salespeople, foreign brokers and more. Getting burned by middlemen and unscrupulous factory owners has sharpened Bew’s antennae and increased a burning desire to treat others fairly. Poignant moments appear throughout the story as the ground shifts under Bew’s feet whenever he thinks he’s solid.

Listen to the full interview on https://soundcloud.com/expertclickradio/bew-white-interviewed-by-kathryn-raaker-on-his-book-a-summer-classic-the-bew-white-story.

The biography, written by Christopher Taunton, presents a detailed examination of Bew’s childhood, his college years, his early professional life, and the successes and failures that brought him to where he is today. Ultimately a story of love, life and business, A summer classic: the story of Bew White is truly a modern take on the classic movie It’s a wonderful life.

At just 28 years old, Bew quit his job at his family business, Avondale Mills, and started a sales representative company in 1978 called Vista Corporation, specializing in the sale of outdoor furniture. In 1987, Bew started several businesses with the goal of moving from selling on the road to building a national brand. One of these companies was Summer classics, which was created around Bew’s thought of designing and making products he wanted for his own backyard. With a business model based on creating consumer-centric products that stand the test of time and never go out of style, Summer classics officially took off in 1987.

His lasting relationship with his wife Wendy is an integral part of his life. She has truly been his rock, encouraging him in his endeavors and keeping his spiritual life alive. Taunton does a great job of portraying this romance for the ages.

“Full of life, light, humor and encouragement, this book was fascinating read and well executed. I learned not only who Bew was, but also the value of hard work and not giving up. -Rachel Song, writer and editor, 5 stars

In October 2013, Bew, at the height of his career and success, found himself in the emergency room, fighting for his life. It was then that he thought his life was going to end that made him want to share his story with the world.

“It was like a signal had gone off in my head that my story needed to be told,” Bew said. “I want to help others understand that what they are doing now matters and that while it takes hard work and persistence to achieve the goals you have set for yourself, it is not impossible.”

“This book will both inspire you and tell you about the many challenges a man faces and how he overcame those obstacles on his way to success. It is essential reading for any aspiring entrepreneur. -John Kelly, Detroit Free Press

Bew White III, is Chairman of the Board of Directors of Gabriella White and it’s brands, Summer Classics, Gabby and Wendy Jane. He graduated from Auburn University in 1972 with a degree in textile engineering. The phrase “outdoor living” had hardly been coined, as outdoor furniture was simply known as the table and chairs that one would find on a basic patio. 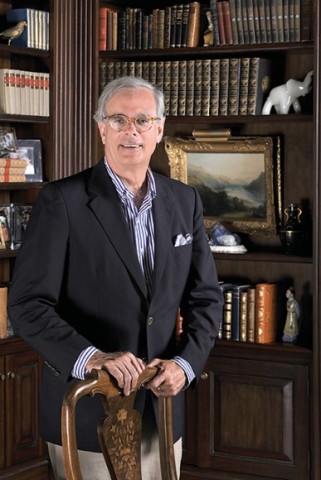 At just 28 years old, Mr. White quit his job at his family business, Avondale Mills, and started a sales representative company in 1978 called Vista Corporation, specializing in the sale of outdoor furniture. In 1987, Bew started several businesses with the goal of moving from selling on the road to building a national brand. One of those companies was Summer Classics, which was created around Bew’s idea of ​​designing and making products he wanted for his own garden. With a business model based on creating consumer-centric products that would stand the test of time and never go out of style, Summer Classics officially took off in 1987.

Born in 1950 in Birmingham, Alabama, to William Bew White II and Gabriella Corner White, Bew is the great-grandson of Braxton Bragg Corner, governor then senator of Alabama, as well as the founder of the textile company. Fortune 500 Avondale, based in Alabama. Mills.

In 2013, he was named Entrepreneur of the Year by the Society of International Business Fellows and in 2021, Bew White received a Lifetime Achievement Award from the International Causal Furnishings Association. He is also the subject of Christopher Taunton’s well-received biography A Summer Classic: The Bew White Story. A father of three wonderful children, Bew currently lives in Birmingham, Alabama with the love of his life, his wife, Wendy.

For a review copy of A summer classic: the story of Bew White or to arrange an interview with Bew White, contact Scott Lorenz of Westwind Communications Book Marketing To [email protected] or by phone at 734-667-2090.